(This post is not for the squeamish, but if you are a pet parent, you have probably seen something like this already and not so squeamish. Mom said she will put the most graphic photo at the end of the post, so the reader can prepare for it. ~Bella) Have I got a tale for you! Woof! These two photos were when we were on the way home following my procedure. I was pretty alert! April 16. 2019 marks the 4th anniversary of what mom and dad refer to as Frankendog Bella. In March of 2015, shortly after the majority of the partial home remodel was complete, mom and dad noticed a large cyst on my back. They were told to keep an eye out on it, but I'd had many cysts before, so they were not overly concerned. However, one day - a few days before I was to go to the vet to have the cyst aspirated - the cyst burst. The following day mom had dad take me to the emergency vet because I seemed lethargic and my back (where the cyst was located) was swollen. The emergency vet determined t
1 comment
Read more 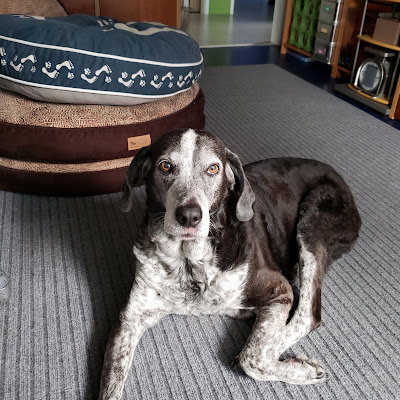